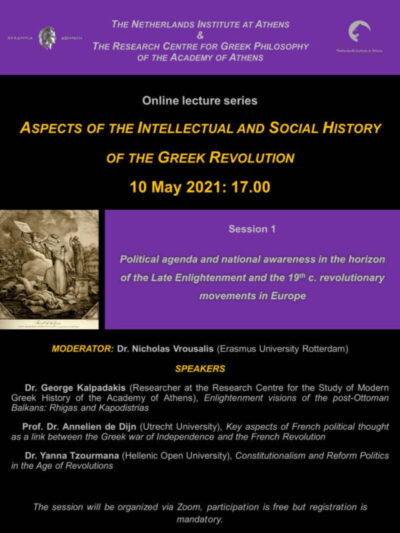 Aspects of Intellectual and Social History of the Greek Revolution
organized by the Netherlands Institute at Athens, Dr. Nicholas Vrousalis of the Erasmus University Rotterdam and the Research Centre of Philosophy of the Academy of Athens in the context of the bicentenary of the Greek War of Independence.

Session 1 ‘Political agenda and national awareness in the horizon of the Late Enlightenment and the 19th c. revolutionary movements in Europe’ took place on May 10, 2021. Enlightenment visions of the post-Ottoman Balkans: Rhigas and Kapodistrias Constitutionalism and Reform Politics in the Age of Revolutions 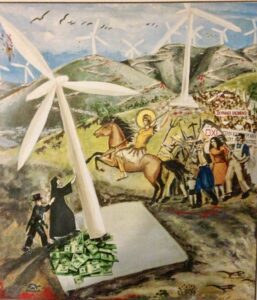 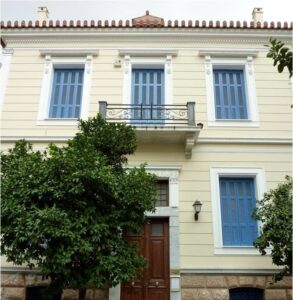 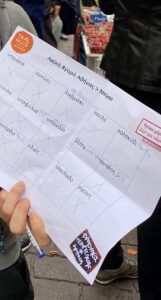 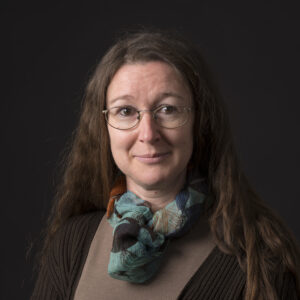